Umm, yes it does eventually but not nearly as much as many people might suggest.

An article in the National Post today is highlighting a verbal tic the Prime Minister has within his speech patterns. He says “umm,” often. There’s video of one response to a reporter on YouTube in which he says it 50 times in just over a minute. There are links to several other speeches and answers to reporters’ questions demonstrating the Prime Minister does indeed seem to rely on the crutch phrase often.

Is this something Trudeau should work on? Yes.

Is this a really big deal? No.

Does this hinder his believability as a leader? No.

Could this become an Achilles heel if people keep focusing on it? Yes.

If people are distracted by something while you speak, whether it’s a facial or verbal tic, a tendency to use the same words or phrases, something in your body language – anything that makes them think of something other than what you’re trying to convey – then your ability to engage or have your message resonate with people is weakened. But “umms” and “uhhs” don’t necessarily fall into this category because they are honestly so frequent among all of us our brains have learned to gloss over them so easily.

Neuroscience shows that our brains are constantly scanning for pattern, novelty and anything that fits with a narrative or meaning we already hold to be true. If along the way a speaker is pausing or even expressing a verbal tic to get there, we are extremely forgiving and, in fact, can even be rewarding because the tic is demonstrating that this speech or response is something genuine. They are not simply uttering a rehearsed line.

It’s far more important to be received as authentic and genuine when you speak – than polished.

In fact, how many times have you seen a politician or perhaps even a friend who speaks articulately, says the right things and even has good body language, but there’s just something you don’t trust? Something phoney?

The Actor, Peter Falk, tapped into this concept when he portrayed Columbo in the 70’s and 80’s. Bob Newhart once said he spent years learning how to stammer which became a key part of his presentation.

At Toastmasters there is frequently someone who counts the “umms” and “uhhs” in a speech and reports on it to the group. It’s not only frustrating and distracting for the speaker – it’s basically pointless.

Your goal in speaking (one to one or to a group) is to connect with your audience –  possibly to have your message stick with them to inspire a change in attitude, action or even belief. Your goal isn’t great delivery – it’s belief or action in support of what you said.

A report from the University of Rochester, in New York, showed children paid more attention when Mom and Dad studded their speech with an occasional umm or uhh.

But at some point does a verbal tic, particularly in a country’s Prime Minister, do more than distract? Does it potentially make the leader difficult to understand or listen to? Yes. But many World leaders have or have had verbal tics and filler phrases they’ve relied on: 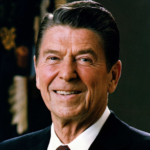 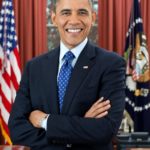 Expect Trudeau’s critics to try showcase this verbal crutch but expect the PM to embrace it as part of being genuine. Behind the scenes Trudeau should gradually work to iron these out of his speech without impacting his presentation negatively.

Common Filler words in other languages

American Sign Language – um is signed with open-8 held at chin, palm in, eyebrows down