There’s no question Chip Wilson, the guy who invented Lululemon, knows his business. He knows his product line and knows his customers.  Chip Wilson knows his stuff.

So when he was asked to do an interview with a business media outlet (Bloomberg TV) he naturally accepted the opportunity, but apparently with little preparation.

Lululemon has been struggling to deal with issues regarding the sheerness of its Luon pants after pulling them from store shelves in April, 2013 because they were see-through. In his media interview, Mr. Wilson, decided to grace everyone with his insights regarding the issue:

“Quite frankly some women’s bodies just actually don’t work for it. It’s really about the rubbing through the thighs, how much pressure is there.”

A firestorm ignited. Online protests erupted; the stock began to sink until Mr. Wilson announced recently he was resigning as CEO from Lululemon – the company he built, that he created. 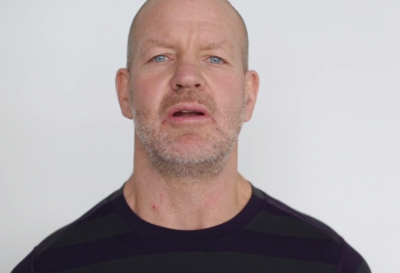 In hindsight the comment obviously looks stupid; but why would such a smart man say this to an international audience – to any audience? Because he didn’t prepare.

This happens far too often and particularly with company leaders. They are so accustomed to being the smartest ones in the room (and genuinely are quite often) but a media interview is different. It’s a business exchange – not a conversation; and you don’t do business without preparing.

Here are some very basic tips for any media interview:

2. Repeat, Repeat, Repeat: You should articulate at least one of your messages in every answer. You shouldn’t parrot them back verbatim, but should communicate the central idea of a message in each response.

3. Transition: There’s no such thing as the “perfect” question. It’s your job as a spokesperson to transition, or “bridge,” from their question to your message. To help you do that, you can use a line such as, “The most important thing to remember is…” or, “Well, what we’re seeing here is….”

4. Don’t adlib: Sometimes company leaders will prepare key messages but feel so darned smart in the interview that they start trying to create analogies and explanations. Stick to the script – if the script isn’t right, adjust it after the interview and use the new script in the next interview

5. Watch Your Tone: If you feel defensive, you will look defensive. Instead of greeting tough questions with panic, welcome them as opportunities to correct the record. Even if you don’t have a perfect answer, the audience will be more inclined to believe a response from a non-defensive spokesperson.