“It doesn’t matter what the Reporter asks you – you’re going to tell them what you want to tell them… and I’ll show you how.”

Once upon a time this was the sage advice of media trainers. If you hear one say it to you today – you should probably fire them.

The concept of Key Messages is still a part of good communication planning – but the idea that you will deliver your key messages regardless of the questions asked or the context of the reporter’s story is – well – rude at best and unquestionably an outdated approach to media training.

Case in point – Florida Senator Marco Rubio recently did an interview with the Conway Daily Sun, a small newspaper in eastern New Hampshire with a circulation of 16,000 per day. 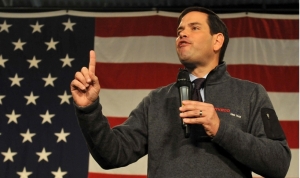 The New Hampshire Primary is the first in a series of party primary elections held in the United States every four years. So while the state and the newspaper itself are small – they hold inordinate importance in the U.S. presidential election. Senator Rubio is a Republican candidate for president and has taken hours of media training to get to this point in his career.

But his interview performance, and his ability to “stay on key message,” clearly struck the wrong chord with the reporter who wrote a scathing editorial in criticism.

“It was like watching a computer algorithm designed to cover talking points. He said a lot, but at the same time said nothing. It was like someone wound him up, pointed him towards the doors and pushed play. If there was a human side to senator (sic), a soul, it didn’t come across.”

The idea of staying on script and delivering on-message has obvious merits in theory. But like any clever strategy or tactic, it’s simply run its course now and serves mainly to alert reporters that you’re in recitation mode. It also turns audiences off. In the 2015 Canadian Election campaign the Broadbent Institute even posted a funny video of Conservative MPs droning on like robots repeating the same messaging. They’re staying to script alright – and look like puppets on a string.

And there’s also the video clip we provide on our website of another U.S. politician parroting messaging in absolute arrogance during the media interview.

When doing a media interview, whether you’re responding to a reporter or trying to initiate coverage, you do need to have a plan on what you’d like to talk about. It’s good to have talking points. But be conversational with the reporter – don’t talk at them – talk with them. If you can’t get to the talking points you were hoping to cover, ask the reporter at the end of the interview if you can speak to those. Better yet, tell the reporter before the interview what it is you’re hoping to talk about (honesty – imagine).

Reporters and audiences today can smell key messages a mile away.